Real Madrid became the first Spanish side to score 6000 league goals, and the sixth team overall in Europe (other five all English, are Everton, Villa, Manchester United, Liverpool and Arsenal) in their 5-3 win over Real Betis over the weekend.

Gareth Bale started the game and was subbed off in the 73th minute for Isco. Bale also received a yellow card- one of five Real Madrid to players to receive one. Eight players overall went into the book of referee Jesus Gil.

The 6000th goal was scored by Marco Asensio, his second of the evening in Real’s 5-3 triumph in front of 53,486, after Betis had lead 2-1 at the interval. The likes of Ronaldo, Ramos and Benzema (from the bench) were also on target for Zinedine Zidane’s side, who are seventeen points behind Barca in the league standings. 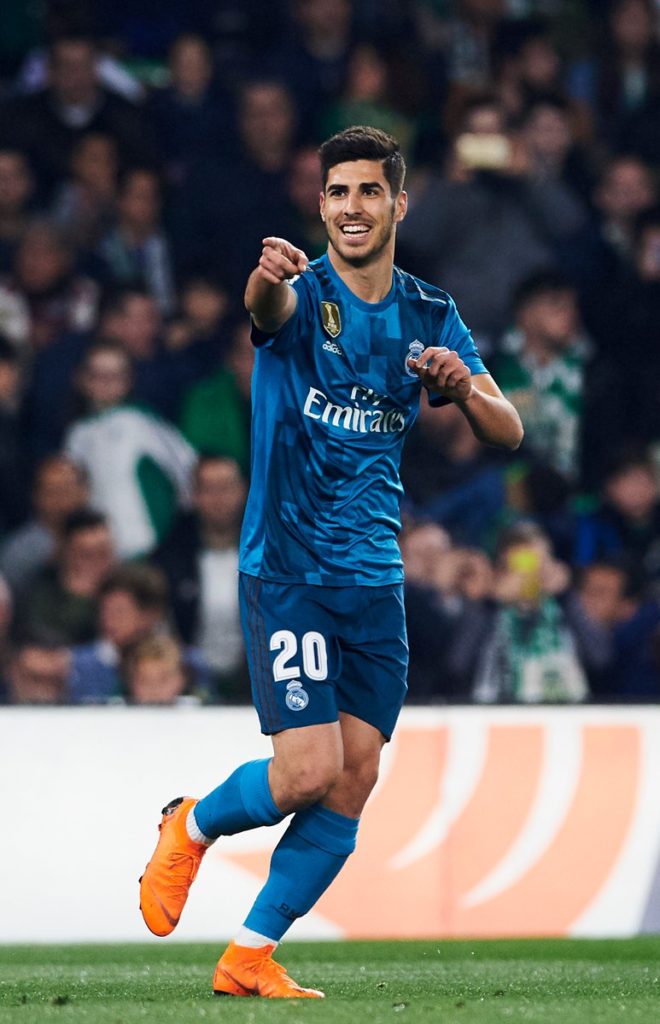