Gareth Bale assisted Karim Benzema for Real Madrid’s first league goal of the new season as Zidane’s men started their campaign with a 3-1 away win at Celta.

Bale started the game and played 75 minutes before being replaced by Isco. Real played much of the second half with ten men following the dismissal of Luka Modric, but Celta coudn’t make their numerical advantage count (their only goal came in the 91st minute). 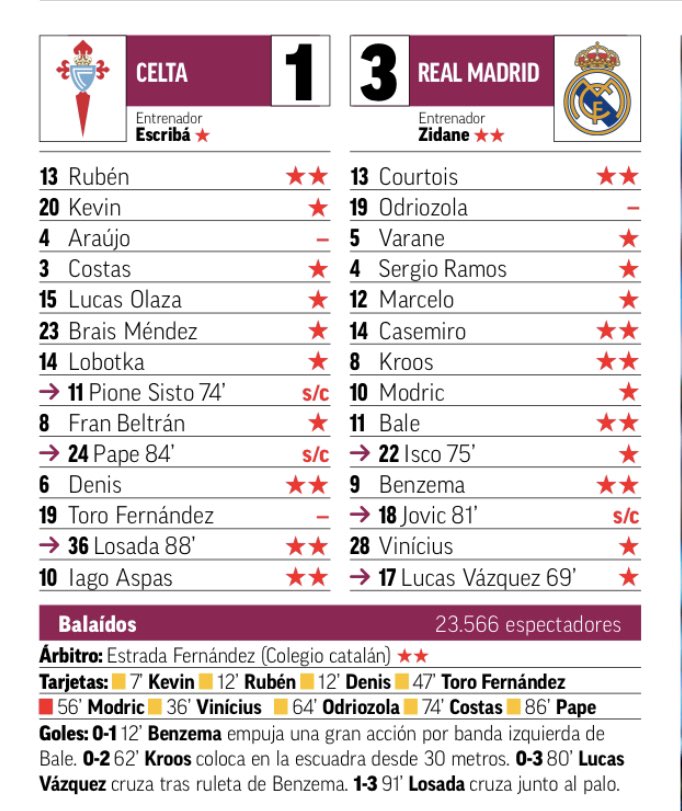