An impressive display from Real Madrid at the Balaidos saw them beat Celta 4-2 and earn interim manager Santiago Solari the role on a permanent basis. La Liga regulations stipulate that an interim manager cannot be in charge for more than fifteen days, and Real’s form with Solari, which has seen them win four in a row, was enough to convince the board that the Argentine was the right man to repair the damage caused by Julen Lopetegui.

Karim Benzema was once again in stellar form for Real, carrying on from where he had left in the midweek Champions League game in Plzen. The Frenchman opened the scoring in the 21st minute with a lovely turn and finish from Luka Modric’s pass. He then produced a great chance ten minutes before the interval, laying it on a platter for Toni Kroos to smash home, but the German inexplicably shot wide with the goal at his mercy. 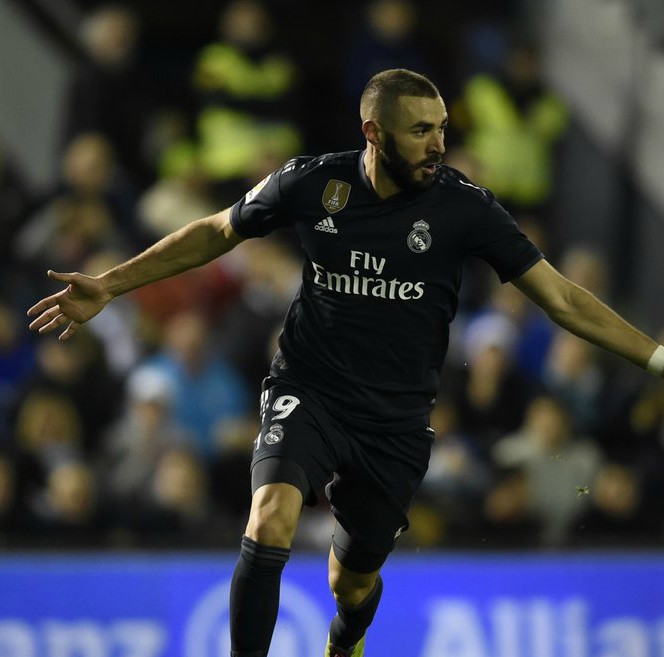 Benzema doubled Real’s advantage after the break, although Celta would’ve been very disappointed with the way they conceded. They gave away the ball in a dangerous area and Benzema’s effort took deflections both off the post and Gustavo Cabral before going in.

While Thierry Henry has been having problems at Monaco, Solari, just a year his senior, has had a fantastic start to his Real managerial career. Sunday’s game at the Balaidos was the first time Real had conceded a goal under him- the previous games had ended 4-0, 2-0 and 5-0 in favour of Los Blancos.

Sergio Ramos added the third from the spot, cheekily doing a Panenka after Junca was adjudged to have fouled Odriozola. The fourth and final goal was a rocket from Dani Ceballos, an early first half substitute for the injured Casemiro.

With Barca’s loss to Betis, Real are now only four points behind their arch rivals. Solari has breathed new life into their campaign, and many are hopeful that he can emulate the success of Zinedine Zidane. Indeed, the odds, according to various British betting sites, on Real winning La Liga have been slashed following Solari’s success in recent weeks.

Celta weren’t easy opponents for Real. The corresponding fixture between the two sides last season had ended in a 2-2 draw, and the Galicians were coming into this game on the back of a 3-3 draw against Betis, who as mentioned above, beat Barca. The story of the game could’ve been different had Celta defended better and seen their chances converted- Yokuslu for instance, could’ve headed them in front from a corner minutes before Benzema’s first goal.

Solari’s first game after the international break will see Real travel to Eibar followed by a challenging Champions League assignment away at the Olimpico against AS Roma.