Gareth Bale is the only British player in the 23 member shortlist for the Ballon D’Or. Bale is one of five Real Madrid players on the shortlist- the others being holder Cristiano Ronaldo, French forward Karim Benzema, German medio Toni Kroos and Colombian star James Rodriguez.

The list was reduced from 59 to 23 and the vast majority come from Spain’s La Liga, with the Bundesliga and the Premier League contributing the next biggest set of players. Hazard, Aguero, De Bruyne, Yaya Toure and Alexis Sanchez are the Premier League’s representatives, with Serie A and Ligue 1 contributing 2 and 1 player respectively. 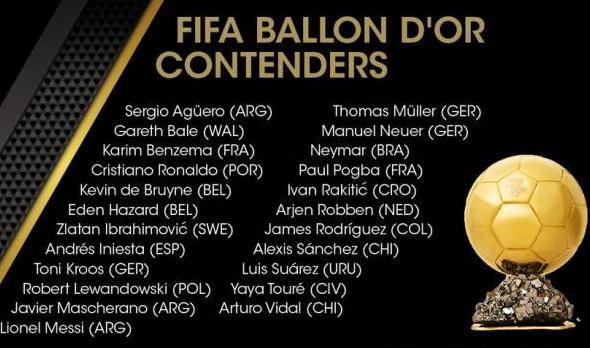