Wales have released their squad for the upcoming November 2020 internationals and Gareth Bale has been included in the squad.

The Dragons, currently on top of their Nations League group, will be without manager Ryan Giggs and have key fixtures against Ireland and Finland in the NL, plus a friendly against the United States.

Rob Page will be in charge of the national side with Albert Stuivenberg as his assistant. Stuivenberg also has a coaching role with Arsenal, and this hasn’t exactly gone down well with Bale’s current coach at Tottenham- Jose Mourinho. 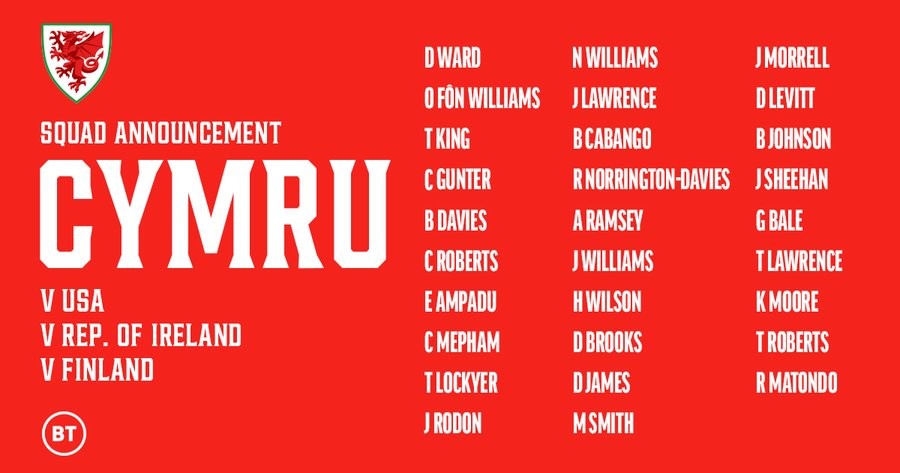 On September 19th, 2020, Tottenham Hotspur officially announced the return of Gareth Bale on a season-long loan from Real Madrid. After establishing himself as a top-level player during his initial six years in London, the Welshman departed England for Spain’s capital in 2013. Despite winning numerous titles, Bale’s deteriorating relationship with Zinedine Zidane resulted in the attacker returning to his beloved Spurs. So, let’s take a look at whether the 2020-21 season can help Bale to revive his top-flight career. END_OF_DOCUMENT_TOKEN_TO_BE_REPLACED

The Gareth Bale to Manchester United rumours are again gaining momentum after the Red Devils suffered a setback in their attempt to sign Jadon Sancho from Borussia Dortmund. With it looking increasingly likely that Sancho will stay in the Bundesliga for 2020/21, United have now started to look at other targets, and Bale 31, is one of them.

Bale has himself said in the past that he is open to interest from other Premier League clubs and will leave Real Madrid if the right offer does come in.

Would a loan deal be possible? Potentially a stop gap arrangement for this season till United re-ignite their interest in Sancho next year?