Gareth Bale again showed his capabilities with a goal that spearheaded their comeback against Arsenal in a pre-season friendly.

The papers were full of praise for Bale, with Diario AS saying “Bale doesn’t give up” and Marca saying “Bale had one bullet left” 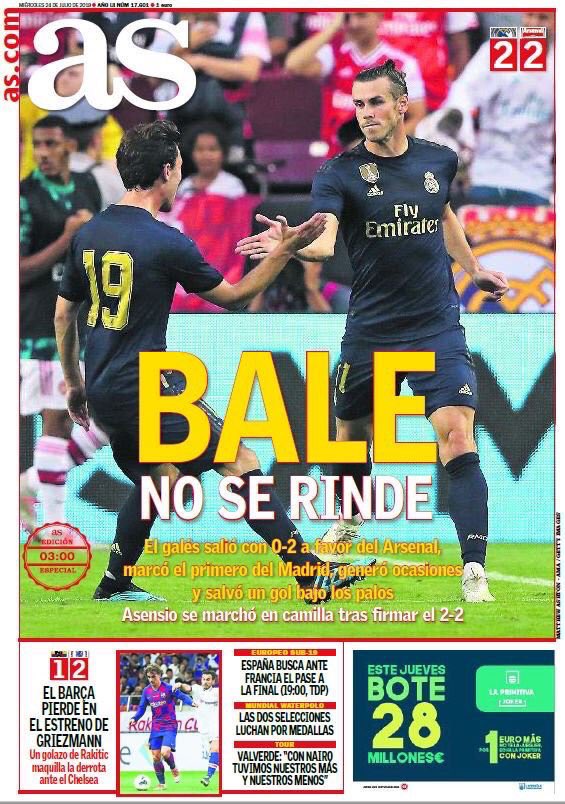 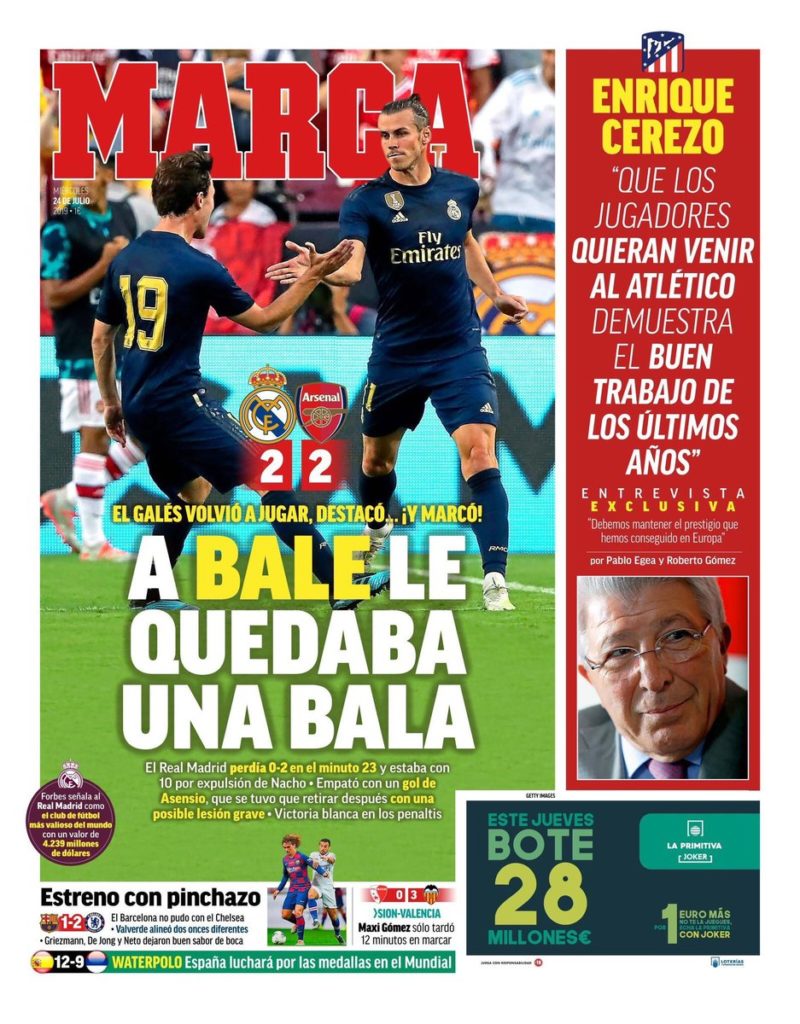 END_OF_DOCUMENT_TOKEN_TO_BE_REPLACED

When Gareth Bale moved on from Tottenham Hotspur to Real Madrid, he was legitimately among the best players in the world. A stunning goal in the 2018 UEFA Champions League Final has been a major highlight, as has other winners in the European showpiece. His go-ahead header against Atletico Madrid in the 2014-15 season was a game-changer, for both player and club. It put Madrid back on the map, and Bale cemented himself as the ‘other’ after Lionel Messi and Cristiano Ronaldo. Fast forward to 2019, though, and Bale looks a less sure of himself. END_OF_DOCUMENT_TOKEN_TO_BE_REPLACED

Gareth Bale and Real Madrid were handed an early exit from the Champions League as AFC Ajax stunned them 4-1 at the Bernabeu to take the Round of 16 tie 5-3 on aggregate.

Real, aiming to recover from twin Cup and league set backs against arch rivals Barcelona, instead crashed to defeat at home, which saw the end of their recent domination of the Champions League.

Bale came on as a 29th minute substitute for Lucas (when Ajax were already 2-0 up), but was injured later in the game- a suspected ankle problem that could again see him on the sidelines.

Like over the weekend, Marca weren’t very complimentary to Bale for his performances in the game. He wasn’t the only one though- more than half of his team mates were “not rated” by the newspaper. 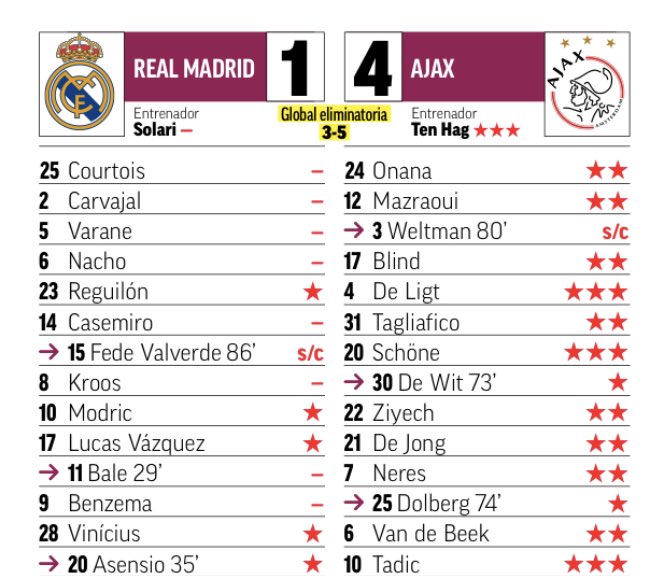