Gareth Bale has been a key figure in his side’s European qualifying campaign, and Wales’ great run of results has seen them jump into the top ten of the FIFA World Rankings.

Bale has been instrumental in Wales’ Group B games so far, making decisive contributions in wins over Andorra, Israel and Belgium as Chris Coleman’s side attempt to become the first Welsh side to qualify for a major football event since 1958.. He has already netted five times in qualifying and has played all but two minutes of Wales’ campaign. 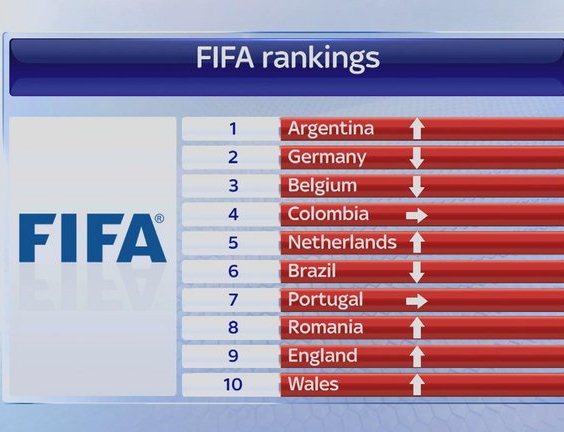 Wales’ 10th place in the latest rankings released means that they are above the likes of Spain, Chile, Uruguay, Italy and France.