Wales manager Chris Coleman has named his 23 member squad for the nation’s upcoming World Cup qualifier against Moldova. The game will be Wales’ first since Euro 2016, when they beat all odds to reach the semifinals before losing to eventual winners Portugal.

Bale is the only non UK based player in the squad 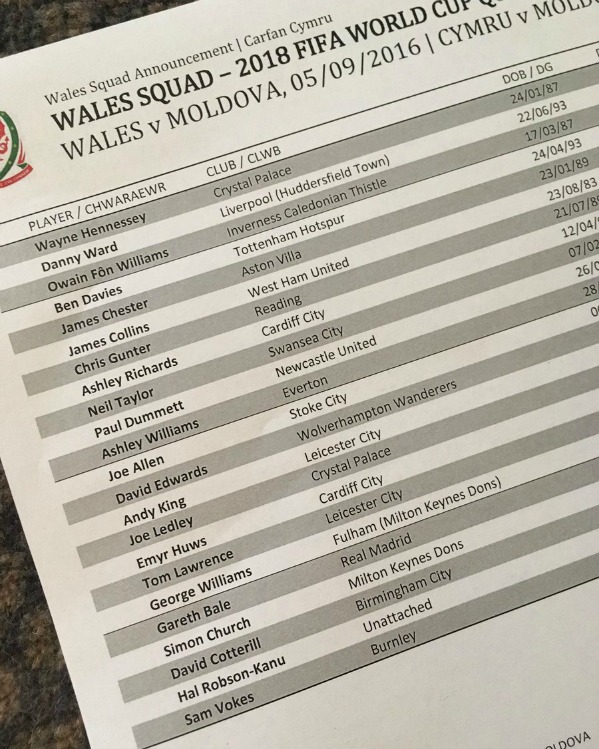